Coincidentally, a few days after I reread The Lost World by Sir Arthur Conan Doyle, this collection of stories involving Professor Challenger arrived in the mail. I had some slight problems with this since there are occult and Lovecraftian themes sprinkled throughout, which I find a bit jarring in a Challenger adventure. The title story concerns strange fungoid growths that show up in England which could endanger the entire world, but which can be controlled – thanks to the intervention of Carnacki, borrowed from William Hope Hodgson – and his mastery of occult lore. I liked “The Monster of the Ness” much better and yes, it’s about the Loch Ness Monster. Sort of. Several of the stories are almost sentimental rather than horror stories. Challenger and Edward Malone meet ghosts and apemen and alien invaders. “The Penge Terror” and “Valley of the Lost” were my favorites. These are fun to read and you can’t ask for much more than that. The black and white illustrations by M. Wayne Miller are particularly good. 3/23/14

This was the sequel to The Manse. The house, home of an evil force that is not exactly a ghost, was destroyed in the first book and is now the site of a housing construction project. But an animated corpse has dug itself out of a grave and carried off one of the living in answer to a call from what remains of the ruins. The survivors are troubled by guilt and frightening dreams about the night more than thirty people died, supposedly in a fire but actually in an upswelling of supernatural horror.  The ghost of one of those who perished has also returned, trying to help his old friends who are still among the living. The chills are pale imitations of the real thing. Although this has its good moments, it’s a very disappointing follow up with almost none of the suspense of its predecessor. Cantrell wrote two more horror novels and a handful of short stories, but the collapse of the horror market apparently put an end to her writing career. 3/9/14

An endangered variety of bat is smuggled into O’Hare import, but it carries a parasite which in turn carries a deadly plague. In due course the plague is all through Chicago and spreading rapidly beyond. The CDC has lost control as the worst plague in history threatens the world. I’ve read a lot of novels with new plagues as their premise. This one falls somewhere in the middle. The development of the threat is well handled, although it's essentially just another zombie plague, with homicidal maniacs instead of zombies. On the other hand, I disliked so many of the characters that I wasn’t particularly concerned if most of them lived or died, but I didn’t dislike them thoroughly enough that I could cheer on the bugs. Not bad if you stumble on this one, but not worth going to a lot of effort to find it. 3/6/14 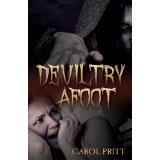 I haven't run into a Satanic cult novel in a long time. This one follows a familiar pattern. A bereaved mother wants answers, asks questions in the wrong places, discovers the existence of the cult thereby becoming a potential victim. The plotting in this one is pretty good if conventional, and things certainly move briskly along. The actual prose is also quite competent. There is, however, something missing. I very rarely had any sense of the physical place where events were happening. There are lots of one sentence paragraphs that support the concept that things are happening quickly but I could never visualize events in my mind. And while there is plenty of action, there is very little actual suspense or mystery. We pretty much know where things are going almost from the outset. An interesting debut novel but it needed some fleshing out. 3/3/14 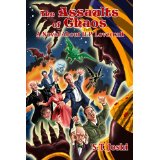 Lovecraft scholar Joshi takes a stab at writing a novel of his own. Not surprisingly, one of his protagonist is Howard Philips Lovecraft himself. A young HPL discovers that his father is not dead after all and learns that he must perform a great mission to prevent an evil menace from falling over the world. This takes him to England where he runs into various other famous horror writers of that era. Despite the horror element, in fact despite the plot in its entirety, this isn't really an adventure story. It provides a way to present speculative essays about conversations among the various historical characters, how they would interact, and how their different approaches to writing would play out. The story is secondary. Not surprisingly, it is these conversations which provide the memorable parts of the novel. 3/3/14 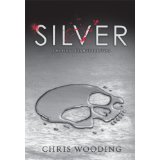 This one is essentially a zombie apocalypse story for young adults. Just as the theme seems to be dying in adult fiction, it raises its head elsewhere. The author, some of whose YA novels I've enjoyed, doesn't do a whole lot new with the theme. They're called the Infected rather than zombies, and there's an attempt to rationalize it rather than ascribe it to supernatural forces. The infection spreads rapidly through a boarding school and clusters of students battle to survive in much the usual way. In stories like these, it's simply a question of guessing who lives and who dies, and I was right most of the time in this one. There's some reasonable suspense and the characters are sketched in nicely, but it's not a book you'll be pressing others to read, regardless of their age group. On the other hand, if you like tales of the zombie apocalypse, this is as good as most. 2/27/14

The Manse is a creepy old estate which a local youth group uses as a Halloween fund raising attraction each year. But this year something strange is happening. A statue in the garden moves of its own accord and there is something in the air that puts everyone on edge. A young boy, terrified by what he has seen, runs out in front of a passing truck and is killed. In the aftermath, unsettling things come to the reader’s attention. There are hints of something unsavory in the history of the house but the owners - two elderly sisters in a rest home – won’t talk about it. Two rowdy teenagers attempt to break in, and are never seen again. The behavior of some of the other characters seems to alter and harden, perhaps betraying the house’s growing influence. And an elderly woman who once worked there as a servant announces that whatever exists in the house is getting stronger. None of this is particularly original but the author builds the suspense slowly but inexorably. With the threat of redevelopment hanging over its head, the house gives birth to something built out of fear and a flurry of murder and death follows, with only a few surviving. Holds up well and it won the Stoker Award. 2/25/14

Around the same time as Jack the Ripper was being sought in London, the city was also shocked by the Torso Murders, the discovery or wrapped body parts hidden in various odd places. This novel is set during that period and involves in particular a doctor who has succumbed to the lures of opium, and who has spotted a strange figure appearing at opium dens, although he does not appear to partake. There's a supernatural explanation, although it comes rather lake in the story. The author has done a fine job of recreating late Victorian London. I did think, however, that the story fails to gather much momentum until it is halfway through, despite the grisly discoveries described to us. After that, it moves quickly and the suspense rises throughout. 2/5/14

This collection of original short fiction opens with a series of Mythos related stories. I've read two previous collections by this author and have noted his gift for evoking an ominous atmosphere, which is particularly useful in Lovecraft pastiches. There are also moments of humorous satire scattered through the stories, which are reasonably varied although sometimes thematically similar. I particularly liked three of the four HPL related stories, "The Copper God's Treat," "A Retouch in Camonics," and the three loosely related stories that tie up the collection. It's been a while since I read the previous two books, but it seems to me that Thomas has shown a steady development in both the mechanics of writing and in the inventiveness of his imagination. 1/12/14

The stories in this collection of Lovecraft related fiction have been previously published by I hadn't encountered any of them before. Almost half the book was apparently previously published as Tales of the Lovecraft Collectors and they deal with odd "discoveries" about HPL's life. They are of varying interest but a couple of them are quite clever. The remaining stories are mostly mythos related stories of which "The Haunting of Huber's" is the best. They generally have the tone of Lovecraft's own fiction but without the now archaic language. The horrors tend to be more intellectual than physical. A couple of the stories seemed quite minor, more mood studies than narratives, but for the most part they were entertaining. Faig is a noted Lovecraft scholar.  1/10/14